Businesses and non-profits: See our COVID-19 Client Resource Center for articles and vetted links regarding the COVID-19 crisis.

David Carn is new to McLaughlin, PC, but he is far from a novice in food and beverage law.

The Dothan, Ala., native started his legal career in commercial real estate at the worst possible time: the Great Recession.

When the bubble burst, every real estate attorney was looking for work, he says. “About that time, a friend from college said he was starting a brewery, needed a lawyer and asked if I was interested. I said, ‘I don’t know how to start a brewery,’ and he said, ‘I don’t either, so let’s figure it out.'”

More than a decade later, he’s definitely figured it out, having amassed noteworthy experience, both as in-house and outside counsel, focusing on highly regulated industries, including alcohol and food product manufacturing.

Having carved out a niche in the field from his home base in Alabama, it seemed like a good time to join forces with Matthew McLaughlin.

“Matthew and I have known each other a really long time,” he says. “Matthew was actually on the other side of the first deal I did as an alcohol attorney. We didn’t know each other at the time because we operated in the shadows of our clients. It’s rare to find someone who has full-time experience as an alcohol and food manufacturer attorney, and now cannabis.”

Carn says that one reason that it seems rare for an attorney to practice food and beverage law full-time is because attorneys are so expensive.

“Traditional law practices are so overhead heavy. It is unsustainable to try to represent growing brewery clients while practicing at a traditional law firm. After operating this way for five years, and on the brewery side six years, I know why it’s important to keep costs down and to pass those savings on to clients. That’s what Matthew has done,” he says.

With the changes in the craft spirits and craft beer markets in recent years, and more potential on the horizon, Carn believes McLaughlin, PC is on the cusp of significant growth itself.

“Craft beer is going hyperlocal because of 10 years of boom and lots of competition,” he explains. “On the legal front, we’ll continue to see national legislative reform after almost a century’s worth of legislation crafted basically between large manufacturers and wholesalers and their lobbying interests.”

Carn says that as the market includes more small and mid-sized manufacturers, the legislative and lobbying effort needs to reflect their needs. “The legislative landscape is still predominantly written for the large manufacturers and wholesalers.I  see legislative reform continuing over the next few years to match this new healthy market.”

Cannabis, as a relatively new player in the market, is also an exponentially growing industry. Carn predicts changes in federal cannabis legislation in the not so distant future, followed by other controlled substances. “Psilocybin and MDMA are both in Stage 3 clinical trials as breakthrough drugs. We’ll probably see medical use for those drugs soon, just like we did with cannabis, but hopefully this time it starts with significant legislative reform at the federal level first.”

While MDMA (commonly called Ecstasy) is being studied for its treatment of PTSD, research may be showing psilocybin (from mushrooms) to be beneficial in treating a number of brain and mental health disorders, including cluster headache, anxiety, addiction to alcohol and other drugs, depression, and obsessive-compulsive disorder. 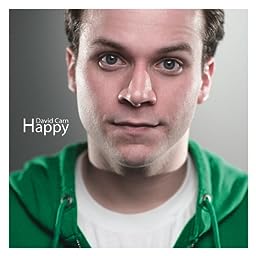 When he’s not practicing law out of the firm’s Alabama office, Carn stays busy honing his talents as a singer/songwriter and post-rock cinematic musician. He recorded an album in 2008 in Nashville as his “last hoorah as a law student before entering the workforce.”

From that album came the single “Find Someone,” which prompted three couples to contact him after hearing the song on Pandora, asking to play it at their wedding. “I can go to my grave knowing six strangers had their first dance to my song. I still get royalty checks every quarter.”

Looking for legal counsel with experience in food, craft beer, alcohol, light manufacturing, entrepreneurship and highly-regulated businesses. Get in touch.

Our Favorite ‘Small Batch’ Stories from 2018

Video: ‘Our Success is Tied to the Success of our Clients’

Get all latest content delivered a few times a month.