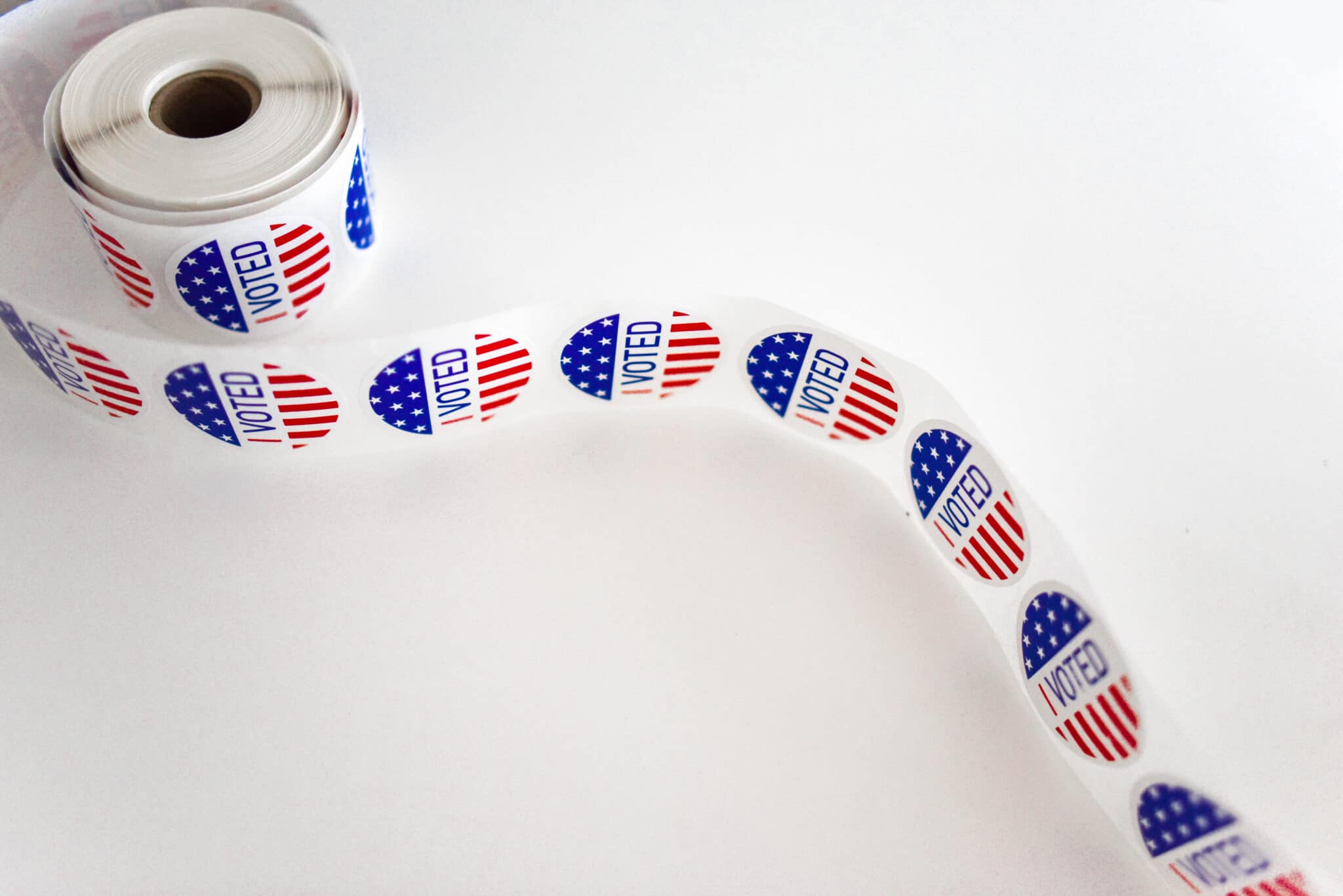 In 2019, over 228,000 Mississippians signed petitions to place Initiative 65 on the upcoming general election ballot. Initiative 65, a thoughtful and well-reasoned initiative led by the citizens of Mississippi, creates a medical marijuana program for Mississippi patients with debilitating medical conditions similar to programs that exist in 34 other states and the District of Columbia.

On February 17, 2020, barely a month after Initiative 65 was qualified by the Mississippi Secretary of State, Representatives Trey Lamar and Brent Powell introduced House Concurrent Resolution 39. HCR 39, which is also a constitutional amendment, creates an alternative to Initiative 65 and empowers the legislature to create a medical marijuana program at some indeterminable point in the future. This measure is now referred to as Alternative 65A.

At this point most people realize that Mississippi doesn’t have a true citizen-led ballot initiative process since any measure introduced by citizens is subject to a legislative leash. However, that is an issue for another day.

Mississippi politicians like Representatives Lamar and Powell do not want Mississippians to have access to medical marijuana and any suggestion otherwise is disingenuous at best and patently false at worst.

In further support of politicians’ disingenuous motives, the Mississippi Legislature does not need a constitutional amendment like Alternative 65A to create a medical marijuana program; they can do that through legislation. Section 33 of the Mississippi Constitution, a provision that has been operative since 1890, is fairly clear and unambiguous: “The legislative power of the state shall be vested in a Legislature which shall consist of a Senate and a House of Representatives.”

In light of the fact that the Legislature does not need a constitutional amendment like Alternative 65A to implement a medical marijuana program, the question naturally becomes why did the Mississippi legislature simply not introduce and pass legislation adopting a medical marijuana program during the 2020 Regular Session? For those paying attention, 65A was introduced as a kill measure to dilute votes and keep both measures from passing.

This is supported by the audacious statements from politicians, trade associations, and others in the anti-65 crowd that are encouraging people to vote against both measures but then vote Yes on 65A. Only a politician could come up with this absurd tactic of voting against something and then voting for it at the same time. It is clear that the pro-65A crowd just wants to pull votes from Initiative 65 and keep both from passing.

Leaving the motivations of the Legislature behind, I want to address specific provisions of Initiative 65 that are clearly missing from 65A and also call out some of the blatant misinformation being spread by opponents of Initiative 65.

First, both Initiative 65 and 65A are constitutional amendments that would add “medical marijuana” into Mississippi’s constitution. Many opponents are saying “we don’t want to put marijuana in the constitution, so vote for 65A”. This is wildly false and voters need to understand that both initiatives do this.

Initiative 65 requires all revenue generated by the program to only support the costs of the program. According to the Legislature’s own Budget Office (LBO), this means that the program under Initiative 65 would be self-funded and won’t require tax dollars to operate. The LBO found that 65A would cost taxpayers an “undeterminable amount” because no specifics are included in it.

Opponents of Initiative 65 continue to say that it won’t bring any tax dollars to local communities, which is also false. Initiative 65 allows counties and cities to collect ad valorem property taxes from medical marijuana businesses, which goes to fund schools and infrastructure in local communities. 65A is once again silent on this issue.

Initiative 65 specifically names 22 qualifying medical conditions including cancer, seizures, chronic pain, and multiple sclerosis, consistent with 34 other state programs. 65A does not name any conditions and leaves it to politicians to determine which conditions would qualify. Politicians could, and likely will, severely limit the qualifying conditions so that only a small number of patients can actually get relief.

Initiative 65 includes legal protection for patients, caregivers, and doctors so that they cannot be prosecuted for simply being involved in the medical marijuana program. A reading of Initiative 65’s actual language makes it clear that these persons don’t have blanket legal immunity from all crimes, as opponents of Initiative 65 are falsely saying. On the other hand, 65A does not provide any legal protections for program participants and doctors.

Initiative 65 creates an actual medical marijuana program with strict regulatory oversight from the Mississippi Department of Health which must begin the program by August 15, 2021. 65A doesn’t name a specific agency to implement a program and doesn’t have a start date, which will allow politicians to decide how and when a program will work, which may be never.

There are more differences than those listed here, and I encourage voters to review the language of each measure and not just accept what politicians and trade associations are saying against Initiative 65. Many media outlets continue to allow opponents of Initiative 65 to spew patently inaccurate information without fact-checking the accuracy of those statements. Through this whole ballot initiative process, it has become apparent that there is no accountability any longer in the media. Fortunately, voters can see through these lies and know that Initiative 65 is the clear choice if you want Mississippi patients to get relief with medical marijuana in a safe and regulated program.

On November 3rd, I will be voting for Initiative 65 (not 65A) and I hope you will too. More information about Initiative 65 can be found at www.medicalmarijuana2020.com. 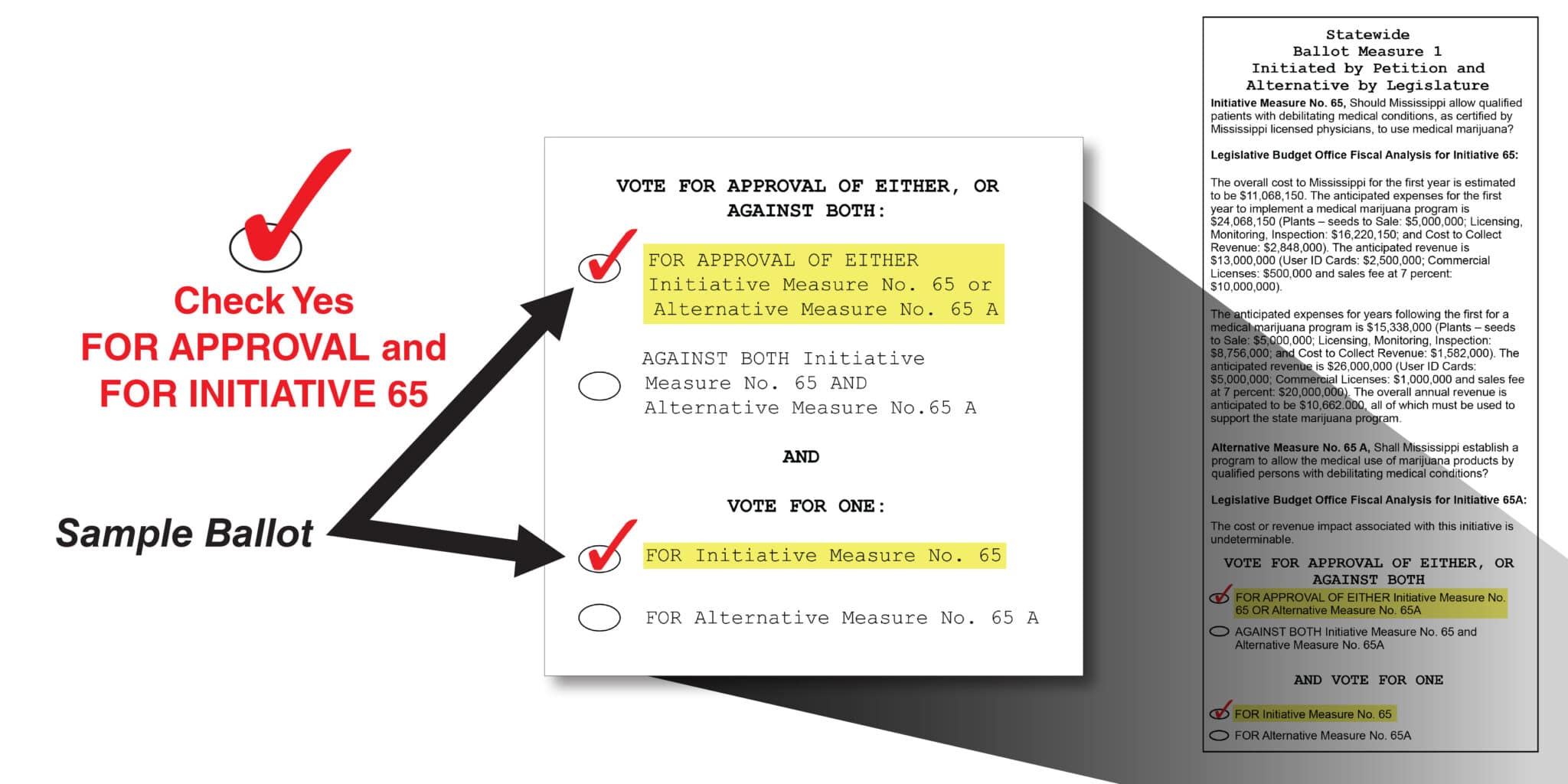 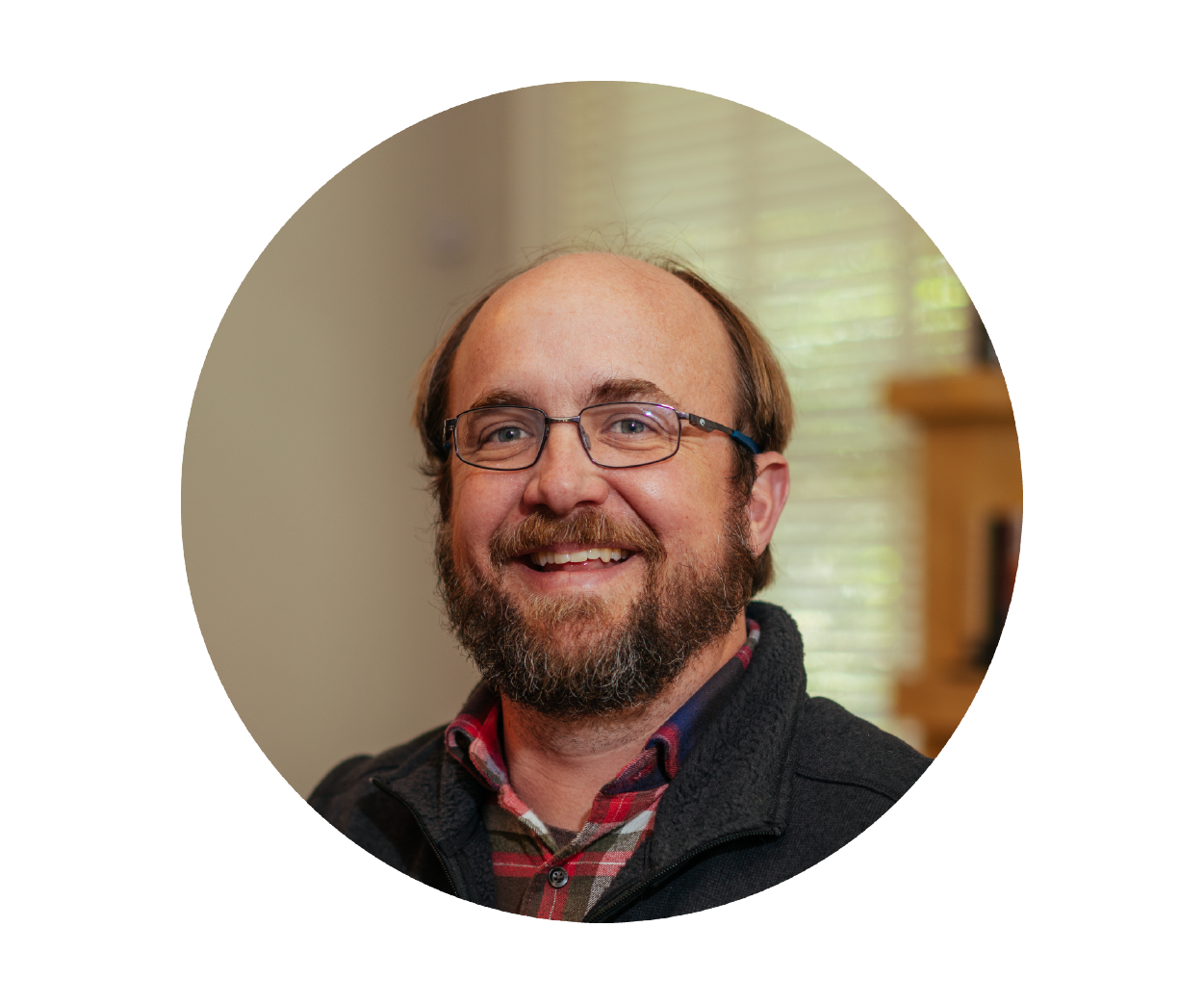 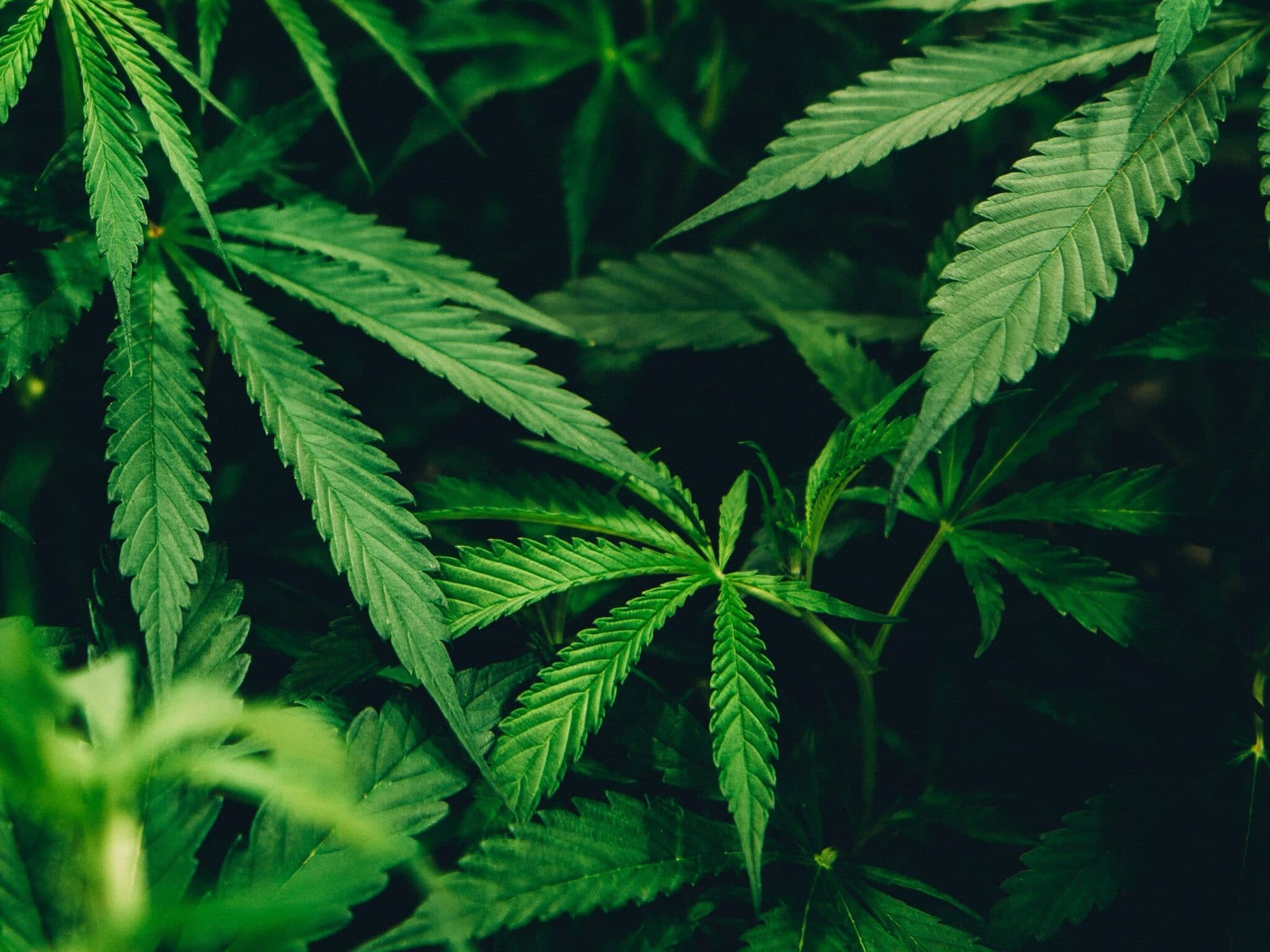