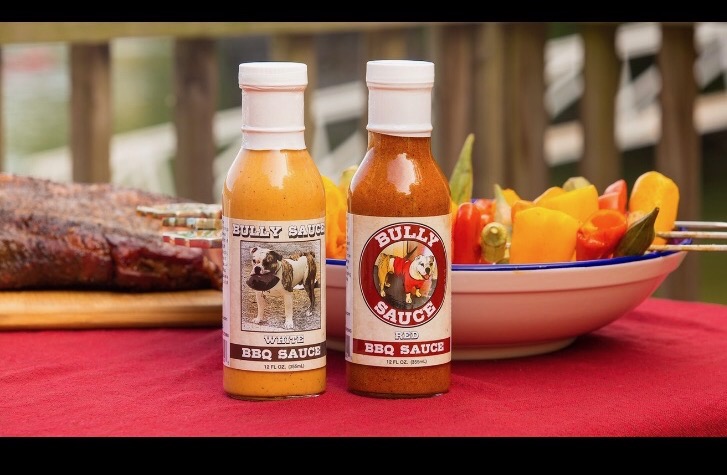 Joseph Edens, founder of Bully Sauce, grew up in a "BBQ family"--his grandfather and father both ran a BBQ restaurant in Atlanta, and he grew up helping them make the sauces after school and on school breaks.

Fast forward about ten years, and Edens created his first marinade soon after graduating from college. He says he got "baited" into bottling it, and that was the first generation of the Bully Red Sauce.

But being in Alabama, Edens says "it's all about the white sauce." White sauces are mayonnaise-based instead of tomato-and-vinegar concoctions, fairly unique to the region. Once he pulled together his Bully Sauce white-sauce recipe he decided to bottle that one as well. 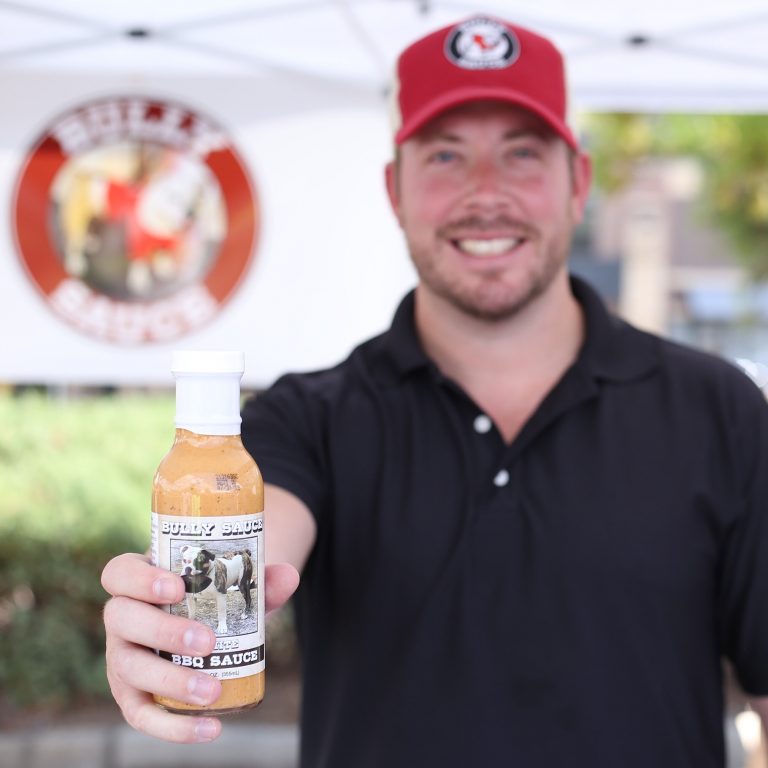 Since that first year the Bully Sauce business has grown even more, with expansion throughout Alabama as well as into Mississippi, Georgia and Florida. The "Bully" name happens to resonate in a few key places--Mississippi and Georgia, for instance, both have state university football teams nicknamed the "Bulldogs." Samford University in Birmingham, where Edens went to college, happens to use the Bulldogs nickname as well. 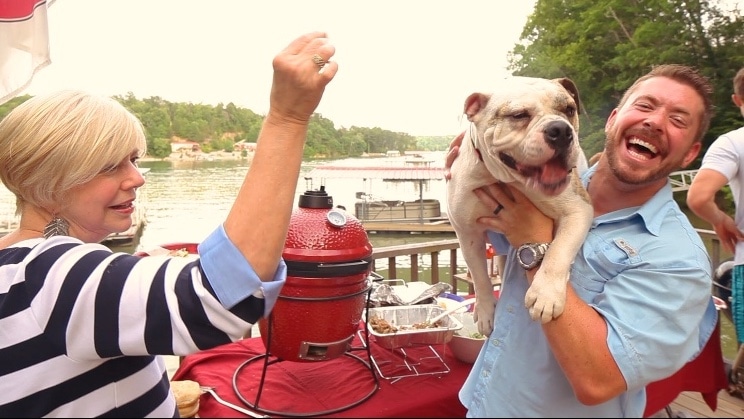 The sauce is named in honor of the dog breeds, not any particular football team. The preponderance of “bulldog” mascots for teams in the South hasn’t hurt sales.

"I went to Samford, my wife went to Mississippi State and I grew up a Georgia fan," Edens said, starting to explain the name. "But we've actually always loved the bully breeds. We had a boxer that has now passed, and now we have an English bulldog. The name shows the thing we're into--we're bulldog people. When we figured out the Bully Sauce name hadn't been taken, we were ecstatic."

Sales jumped from that initial order of 2,000 to over 30,000 in one year in part thanks to a distribution deal that Edens was lucky to get into early; after some initial success selling in small shops and specialty stores, he got linked up with a food distributor in Birmingham who was putting together a contract with the Publix grocery chain to carry regional products. Bully Sauce ended up on the shelf in Publix grocery stores in Alabama, boosting sales dramatically.

Edens notes that even with that distribution deal in place--which he hopes to expand by getting into Piggly Wiggly stores and perhaps Kroger stores in the Southeast--working at farmers markets and setting up in-store demos has been crucial. "People are loyal to their sauces and brands," he said, "we have to do taste tests and demos to get potential customers to try the product."

The Bully Sauce recipes stand out a bit from the pack--Edens' wife Katelyn is a nutritionist, and they set out to create a cook-friendly BBQ sauce that checks some "healthy food" boxes. 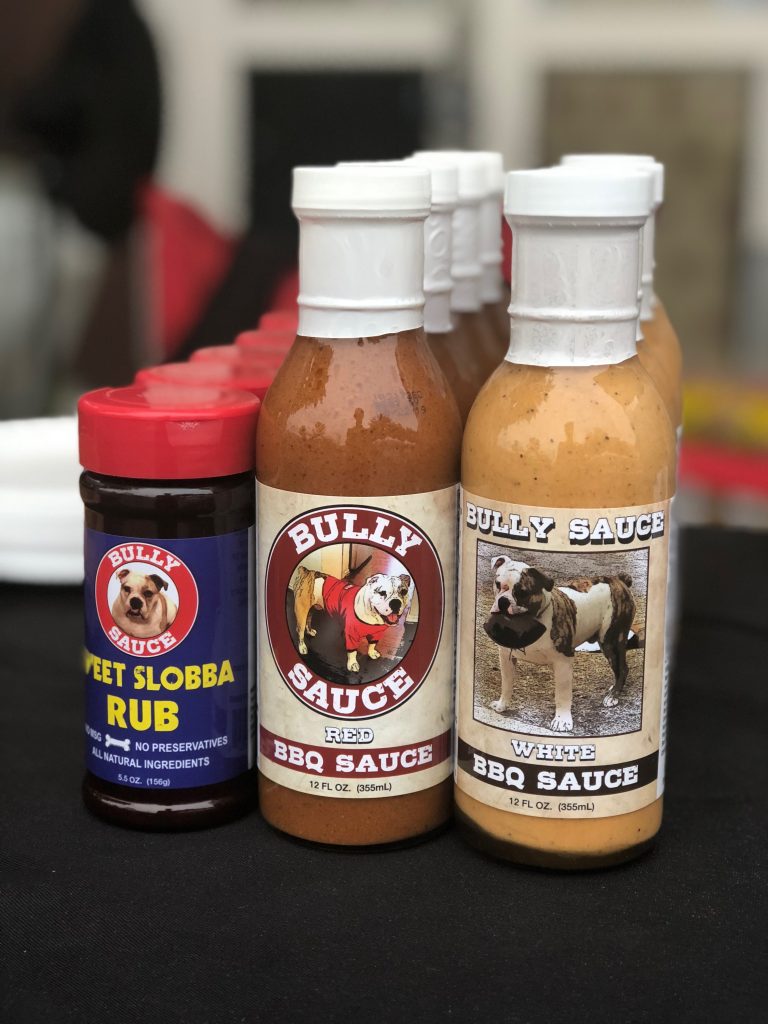 The Bully Sauce BBQ sauces have no added sugar per serving, and they use sunflower oil to provide a higher temperature tolerance, making them almost more like a marinade than a BBQ sauce, in part because the sauce won't char as quickly. "If you took the hickory smoke flavor out, they'd almost be salad dressing," Edens says.

Bully Sauce red sauce is Keto-friendly. "The workout community in Birmingham is going hard on the red sauce," Edens said.

For now, Bully Sauce remains on the cusp of a hobby--Edens still has a day job, although the job of figuring out distribution for a craft food product feels like another full-time job, with him sometimes taking off at the end of the workday for a six-hour round trip to Altanta to drop off product.

He says one of the biggest challenges is simply figuring our how product is going to get from one place to another and to stay on top of distribution, even if you are an accepted brand in large grocery stories.

"I had an idea that 'they' would call you if the product had run out," he said. "No one calls you. You have to figure out how to get it from point A to point B. You have to make sure your cost of goods is competitive--everyone is cost-conscious. Sunflower oil is more than canola oil, but there's health benefits, so we can sometimes justify a higher price--but not always."

Edens says that aside from distribution, marketing Bully Sauce is a challenge--how to get in front of your potential customers, feed word of mouth, and do the right things on the Web and in social media. He's doing it all himself right now, with an assist from his wife, but feels like he's about the turn the corner and be able to hire more employees.

His advice to other craft food startups? "Everyone has something homemade they might be able to sell. Before you even get started, have some groundwork done on who is going to get it into the stores. Unless you have a trust fund you have to have a second job--balance your time."

Edens says Birmingham is a great place for a startup, especially in the craft food space. "There are a lot of small companies that get started at these farmers markets and are blowing up," he said. "People are buying big on 'local' and from the Southeast region. Pepper Place is really big here for a farmers market and getting exposure--these outlets have really helped us."

Learn more about Bully Sauce, and their new BBQ rub, at www.bullysauce.com. 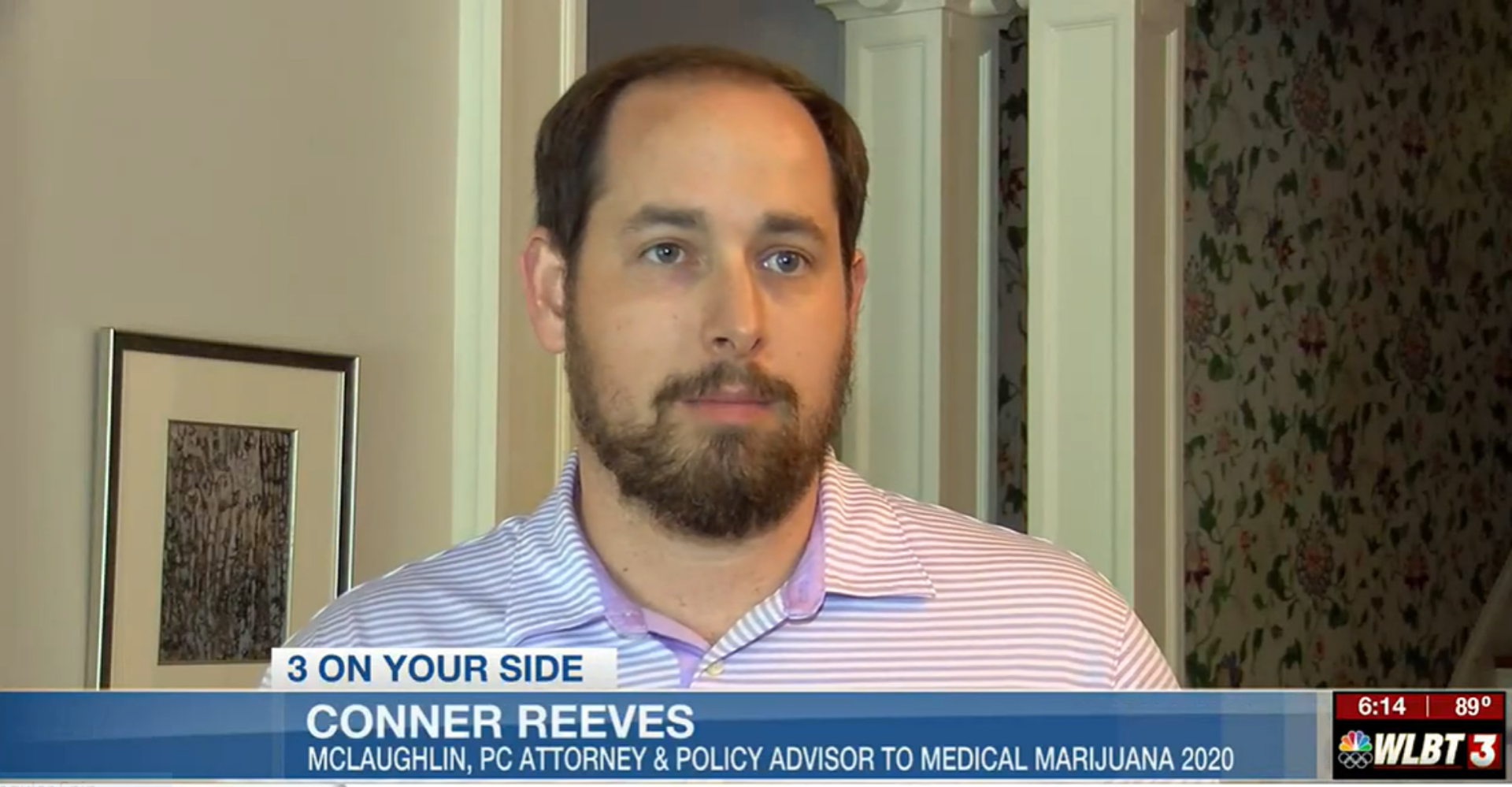